﻿The Club have many events running during the year. A look at the events list will show these are many and varied.  Some of them are races and we have an Official Race Officer and  reports and results are available on this page.
Club 500 3rd September 2017
Final club 500 race September 2017

This was the final race for 2017 with only 5 club members competing.  Overcast breezy morning and a bit chilly.  Those officiating were Stan Reffin, Stuart Smith, Roger Shepherd, Mick Burtop and Terry Scarth.

So Richard Simpson wins the series with 148 laps over the 8 race series.


We have no report for August thanks to Officer of the day Roger Shepherd.

It was a dry and sunny day with a slight wind.  There were 6 competitors but sadly one of them dropped out due to rudder problems.  Andy Waters, boat 19 for his first attempt did well in the first race but he was cursed by the plastic bag fouling the prop.  We had no major disasters this time.  Thanks to Roger Shepherd, Phill Bowker, Mick Burtop and Terry Scarth for acting as Officers of the day.
Accumulated results after 6 Events
Club 500 11th June 2017
​Race 5 of 8 report by Stan Reffin

It was a dry sunny and windy day which caused no problems for the racers.  11 club members took part but 1 club member dropped  out leaving 10 members racing.  Thank you to Stuart Smith for providing the new high visibility buoys to replace the old orange ones.  Both races got off to a good start but at race two a couple of boats got stuck on the island.  In both races some members missed the top buoy at the waterfall end.  All events seem to have gone well since February.  Thanks to Stuart Smith, Terry Scarth, Bayden Buckle, Phil and Mick Burtop for their assitance in acting as Officers of the Day. 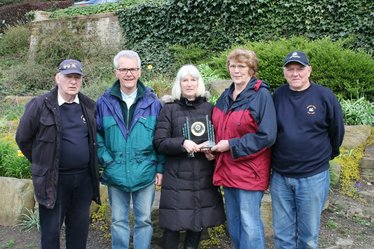 It was a dry overcast morning with very little wind blowing down the lake which made ideal condition for the race.
Eleven club memnbers took part with models ranging from large scale models to club500 size.
The event started a 10.00am using the new electronic starter. Everything started well but duck feathers proved to be a problem throughout the event. 6 Members managed to last the hour with various pit stops to remove duck feathers from propellors or empty boats that were filling with water. Two new members took part for the first time, so thank you to Andy Waters and Gerry Speirs and also Sandy Rennie for taking part with his 1/200th scale  Bismark model which proved to be a real challenge.

This was the 2nd in the series and despite the weather being showery, very windy and a large swell on the lake 8 club members braved the elements to take part.

Race 1 saw no fatalities just one upturned boat and Willie Crowther being slightly off-track. After a 20 minute break the second race was held by which time we had gusty winds blowing down the lake which resulted in 2 upturns, but all were rescued safely with no damage. Unfortunately one member lost his prop which now on the bottom of the lake!

A good effort by all concerned in less than perfect weather conditions.

Thanks to Stuart Smith, Roger Shepherd, Mick Burtop and Terry Scarth for acting as officers of the day. 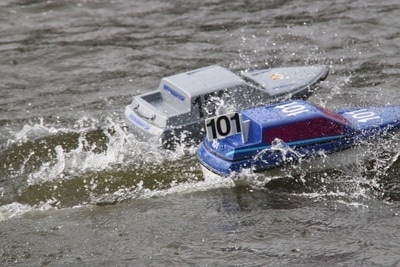 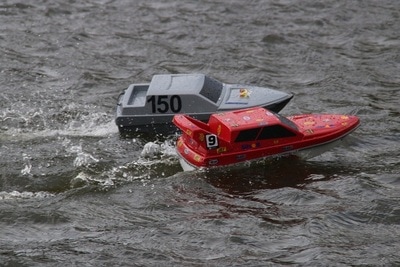 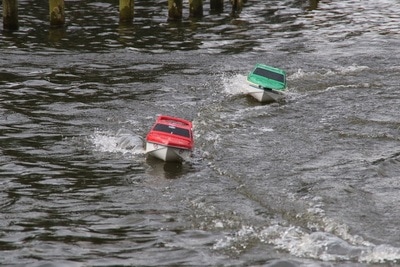 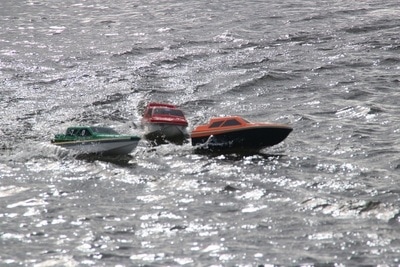 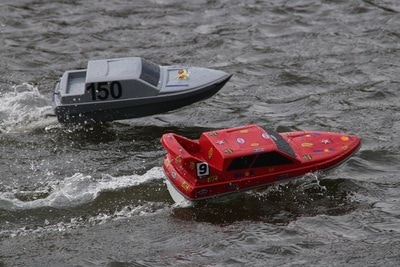 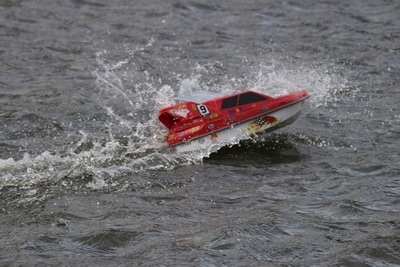 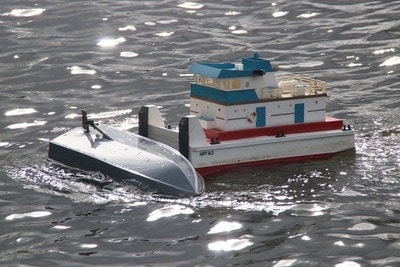 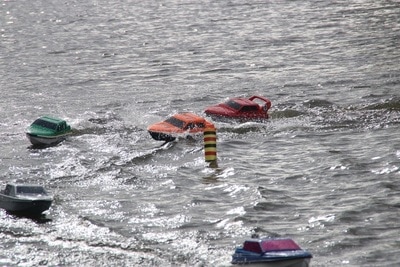 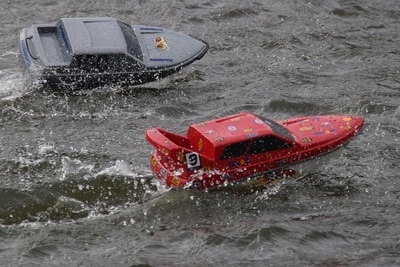 This was the first races of the 2017 season and it was a pleasant surprise to see 10 entries for both races.

For the first time we used the electronic starter which worked well.  Thanks to Stuart Smith for organising that and providing the egg timer for the 5 minute countdown.

Weather conditions were favourable, a light breeze blowing down the lake. Race 1 got off to a good start with very few problems which is more than can be said for race 2 with quite a few models being upturned!  This provided good entertainment for club members and also people who were in the park and who stopped to watch.

It lived up to its name of the “demolition derby”.  The first race was won by Cathy Wilson and the second was tied with Richard Simpson and Willie Crowther.  Thank you to Roger Shepherd for assisting me as officer of the day.

Thanks to Debbie Roberts for the photos 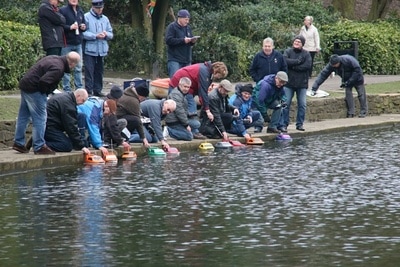 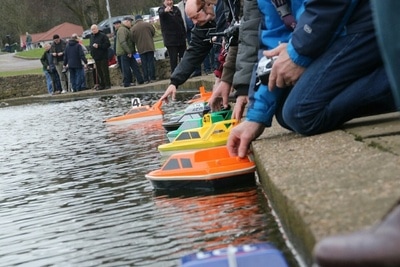 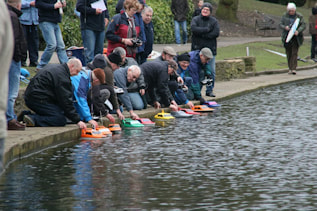 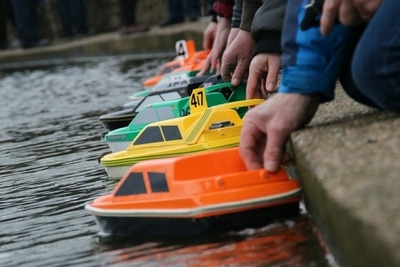 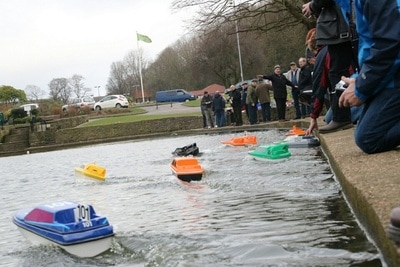 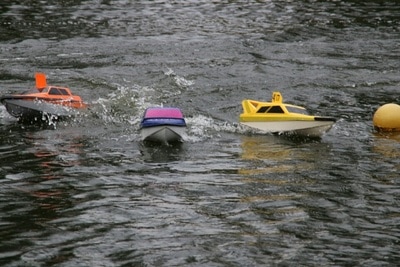 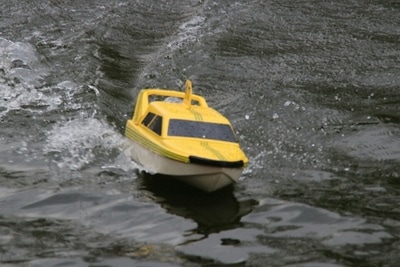 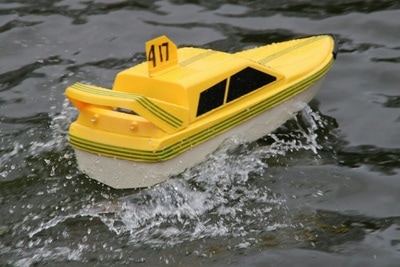 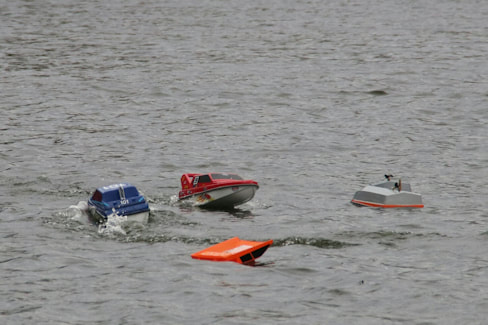 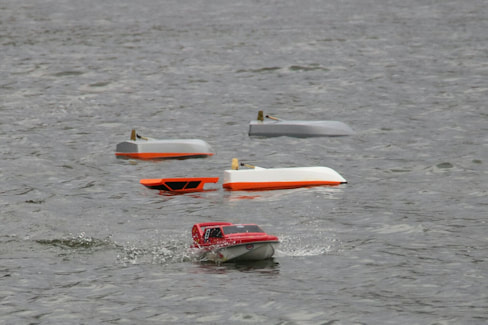 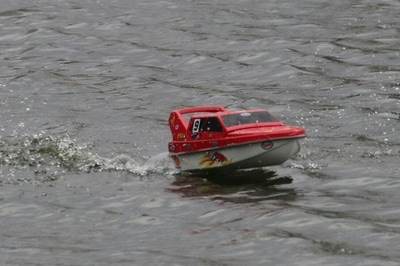 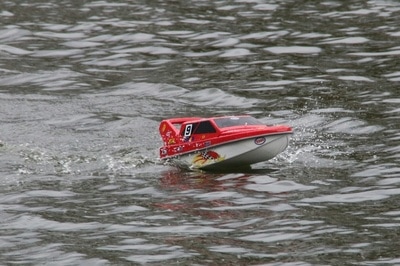 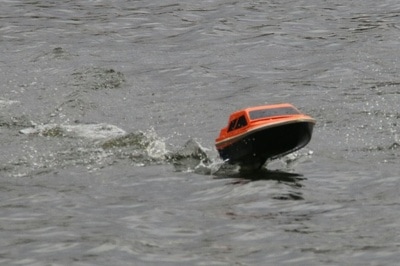 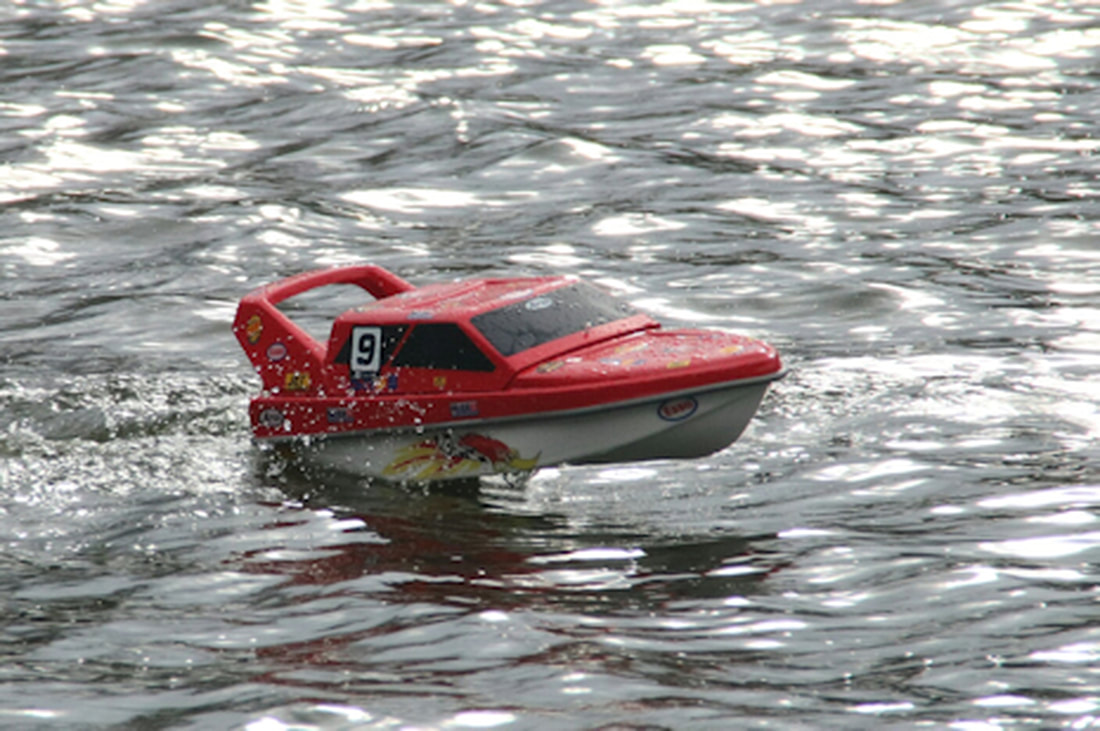 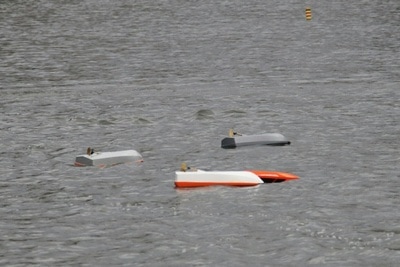 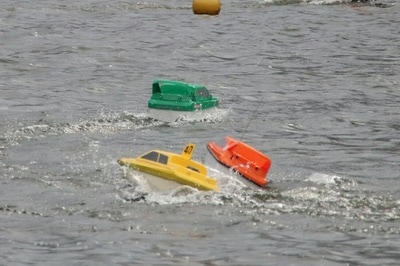 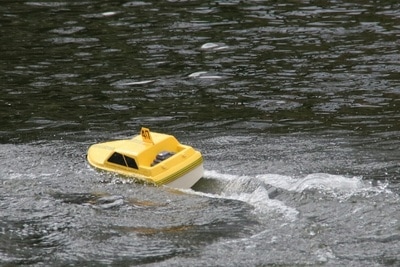 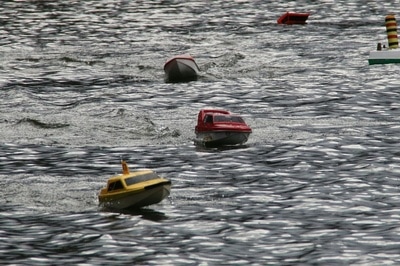 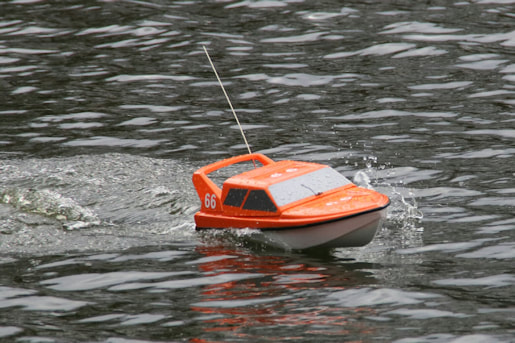 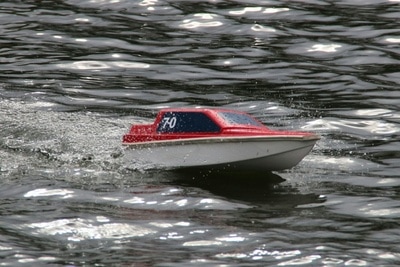